As an artist Roberto Romo's approach towards his work is animalistic: intuitive and fierce. My tribute to his current success and promotional piece for his FB Cover Photo. "Robertorine"
Posted by Elba Raquel at 8:55 AM No comments:

Inspiration for my next piece: Wolverine 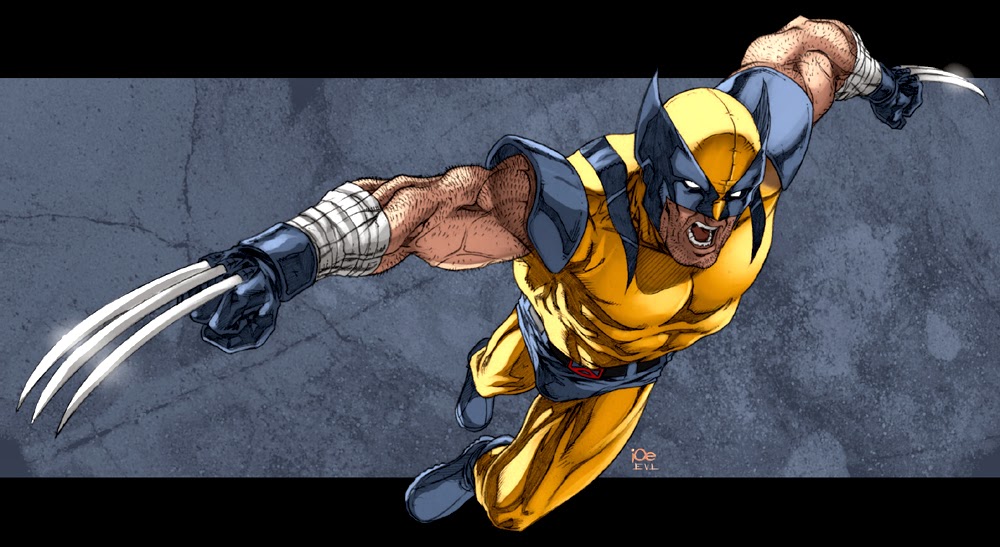 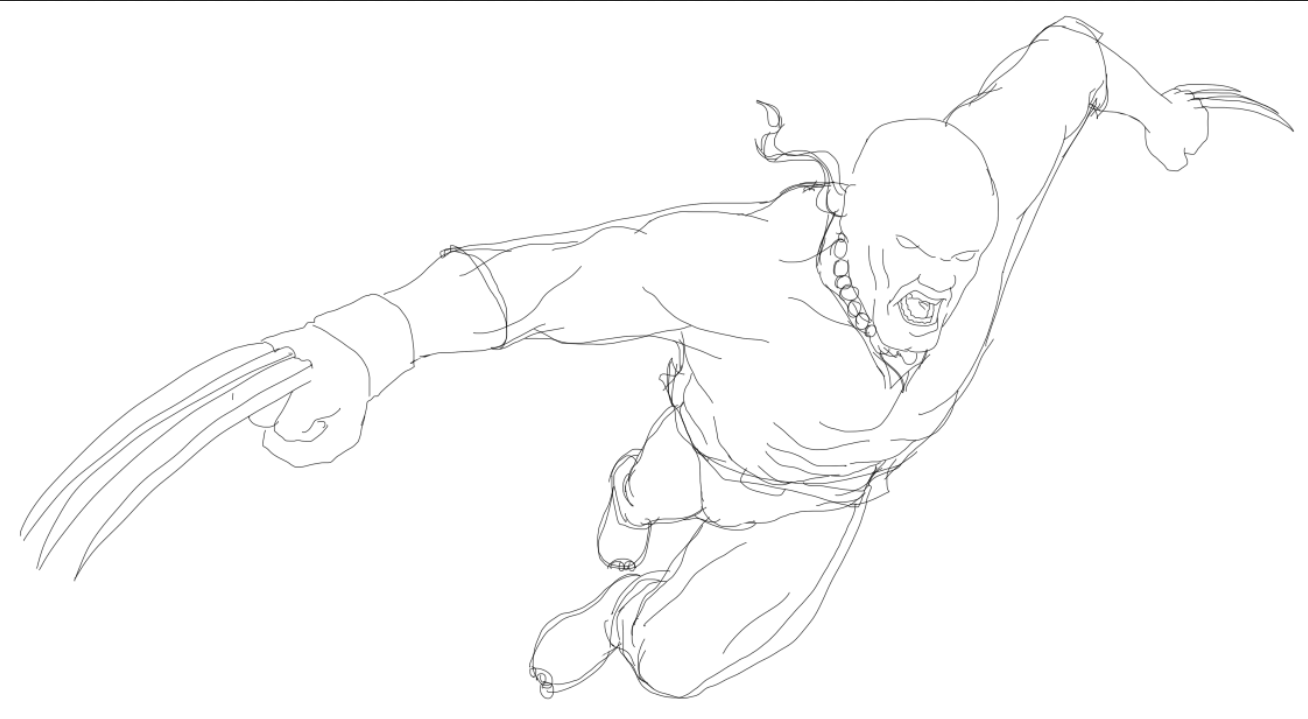 I was asked by artist Roberto Romo to create a promotional piece for him to use as his FB Cover Photo. This is my inspiration piece: and so far what I am quickly planning. But shhhhhhhh... let it be a surprise. 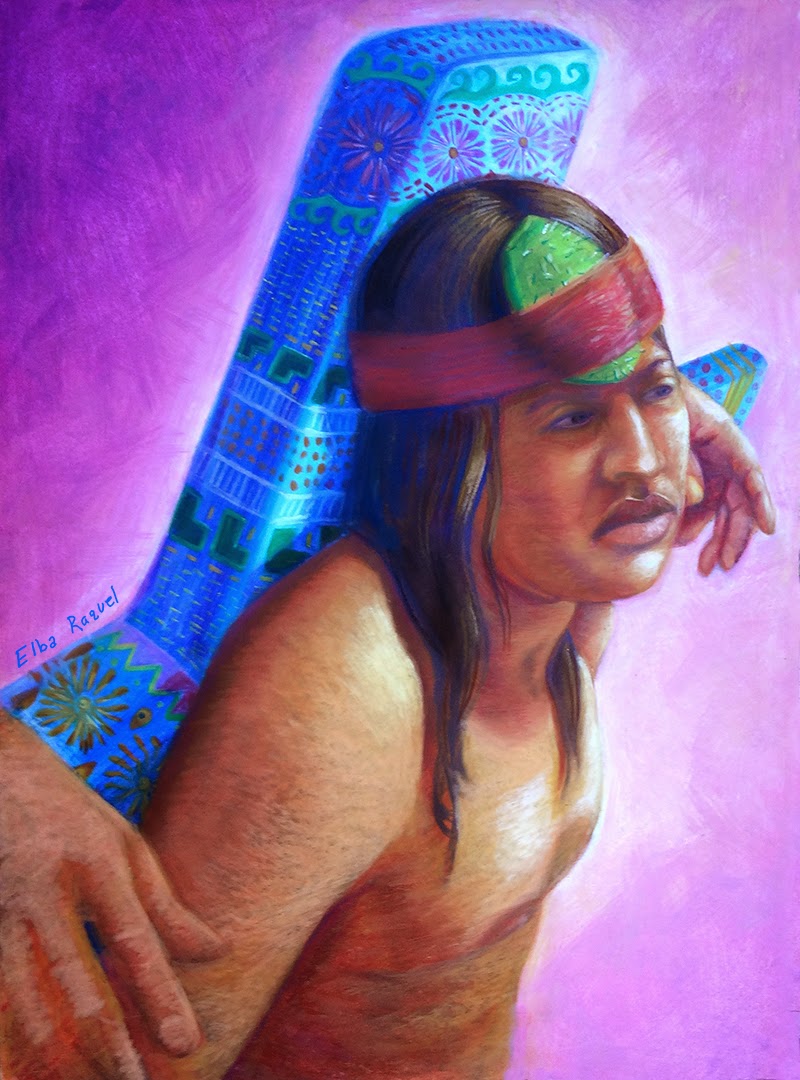 The Mexican people were a rich civilization with their own beliefs, traditions, and ceremonies. When the Spanish invaded Mexico they not only killed them physically, but made sure all survivors were dead spiritually by forcing them (through torture devices) to abandon their practices and adopt the Catholic Religion. This painting represents how forced religion soon became the Mexican identity.  Today one of the largest concentration and most devote Catholics are Mexican. It is heartbreaking to see that the very victims of such heinous acts have opened their mind, body, and soul to Catholicism and transformed their culture identity into the very religion that was used to destroy their civilization.

Posted by Elba Raquel at 9:50 AM No comments: 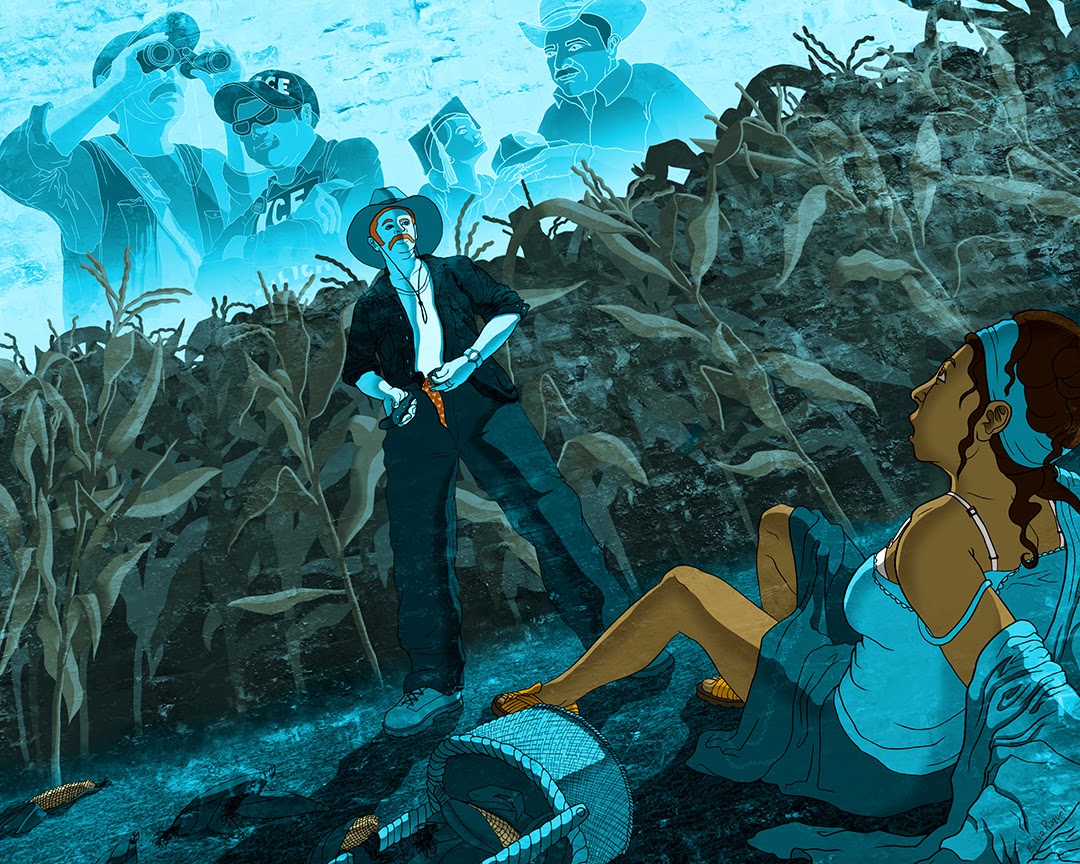 I've been working on this piece since 2013, when I heard about the horrible sexual assaults the immigrant women are enduring in the fields. It took me this long to complete because I wanted to get it right. For fear of deportation and being separated from their families, these innocent women face a wall. Many of them feel they have nowhere and no one to turn to. Please watch this FRONTLINE video "Rape in the Fields" and share this image so these women's struggles are heard and these perpetrators are divulged.

I've been through sexual harassment in the workplace. It is not easy to go through, even as a US citizen, and it is a trauma that affects you for the rest of your life. My heart goes out to these women.
Posted by Elba Raquel at 1:04 AM No comments:

Elba Raquel
An Academy of Art Illustration Alumni, looking to go to Editorial and children's books. I learned to paint at Evergreen Valley College in San Jose from Barbara Bouchard. As of this year I have made myself 3 homes...San Jose, Mexico and now San Francisco.